Back to All Recipes

1. Cut the hard-boiled eggs in half, and separate the whites from the yolks

2. Place the whites into a container and refrigerate until needed

3. Place the yolks into a mixing bowl, mash the yolks with a wire whip

4. Add the Dunda Sauce™, mayo, salt, pepper and chopped cilantro, and mix well with a spatula

5. Using a small spoon, divide the filling between the 12 egg white halves, filling each egg white with a mounded scoop of the yolk mixture, or use a pastry bag and pipe mixture into halves

6. Garnish each filled egg with a cilantro leaf

7. May be pre-filled up to 4 hours in advance

8. To serve, use a large spoon filled with Dunda Sauce™, ‘whoosh’ it on a platter, and place the filled eggs on top 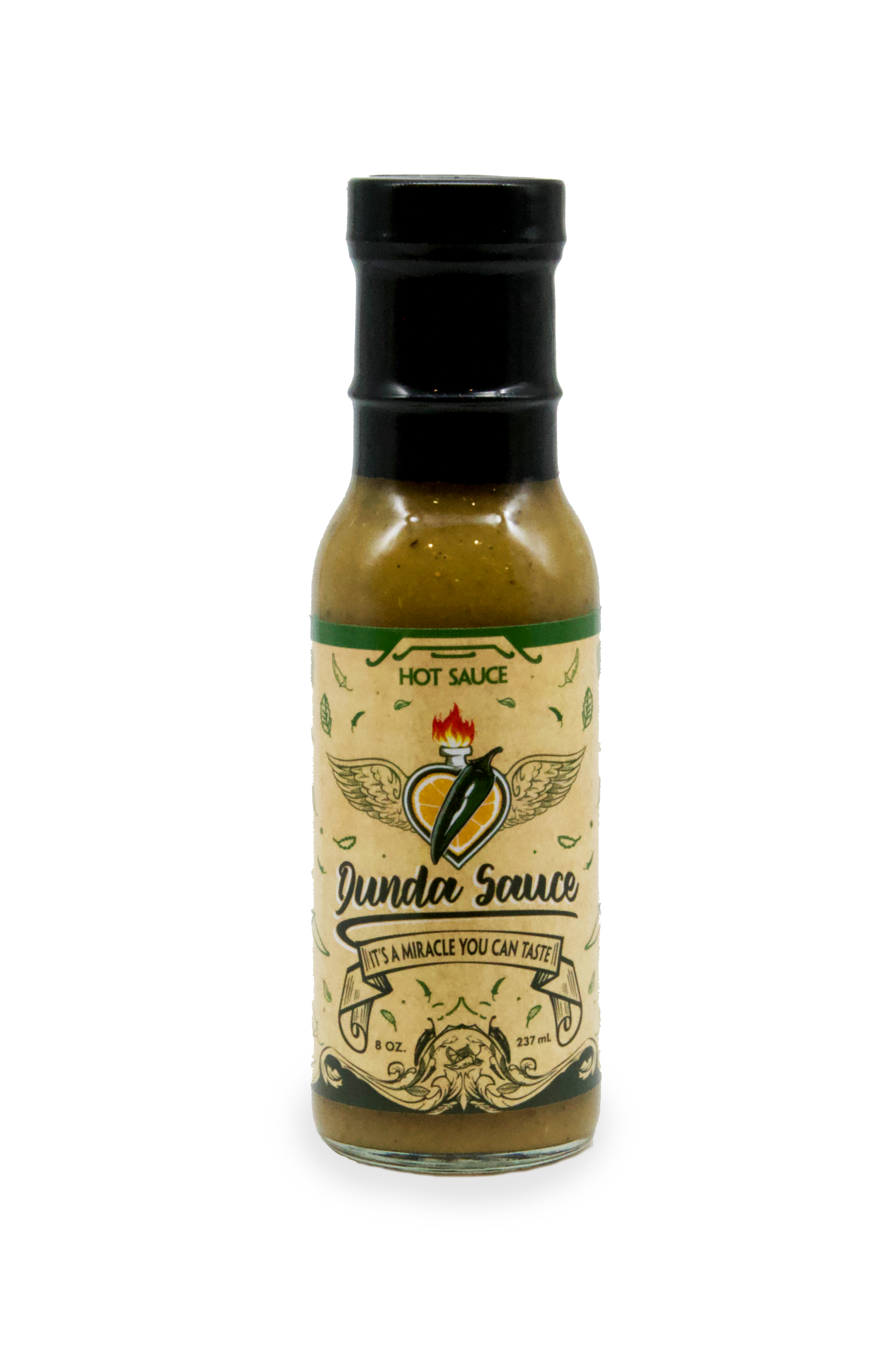 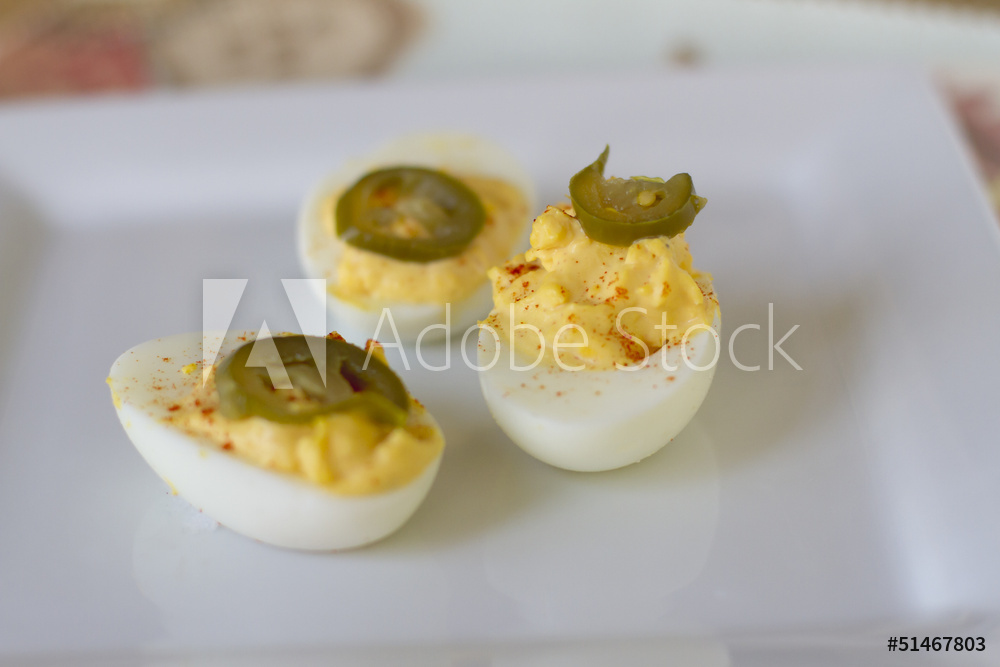 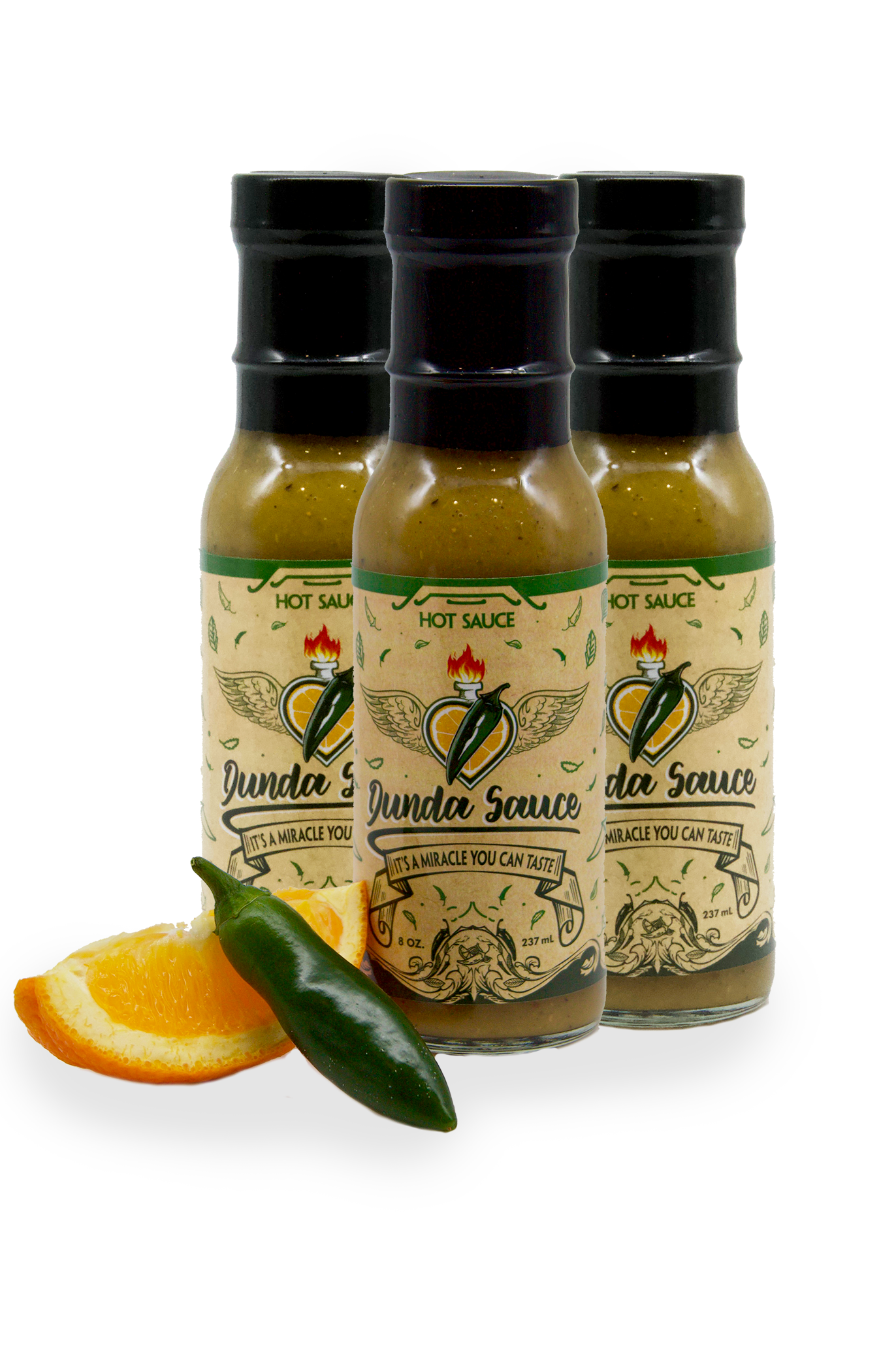 Dunda Sauce™ is made with a premium blend of orange, Jalapeño, and Ginger bringing a bit of heat and a whole lot of flavor. We want to be sure that when you open a bottle of Dunda Sauce™, you taste the freshness and in every bite.

Hear What others are saying about this Dunda Recipe